For this blog, we were given the task of trying to cook a new meat that we had never worked with before. I really didn’t want to stick to your regular beef or chicken, so I decided to cook game meat instead. I asked around to see if anyone in the family had any game lying around. Turned out, my Nonna Marsha had some moose in her freezer from last year. She decided that she would finally teach me how she makes her spezzatino. 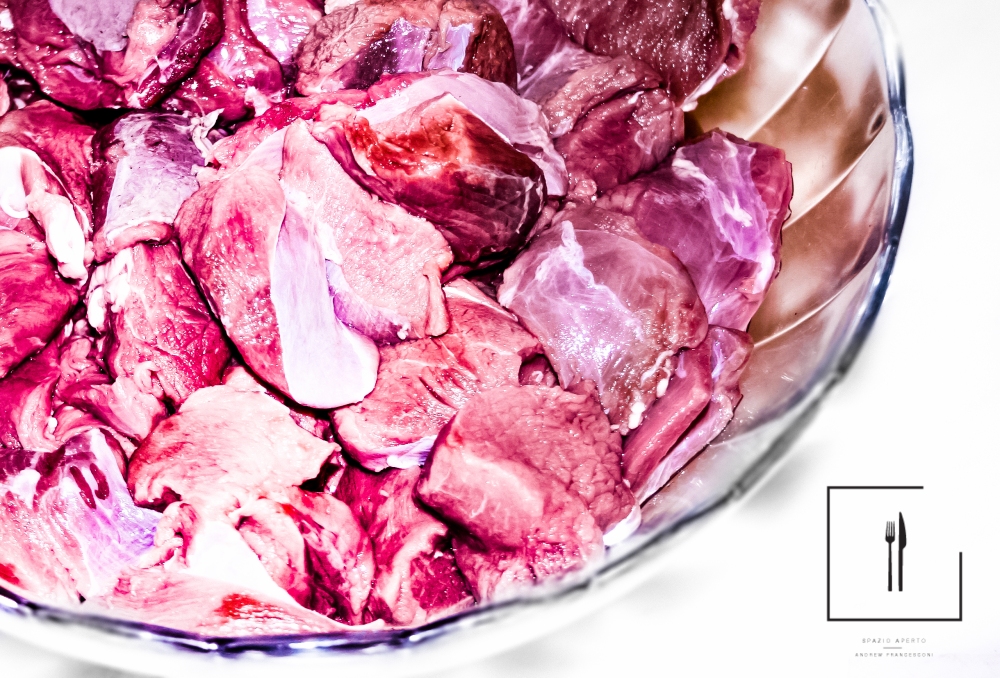 Spezzatino is an Italian stew; it usually has potatoes in it, but we decided to keep it plain, in order to let the moose really shine through. We got the meat from one of my Nonna’s friends: it likely came from either the shoulder or the rump. Moose is a lean meat, so we cooked it low and slow. 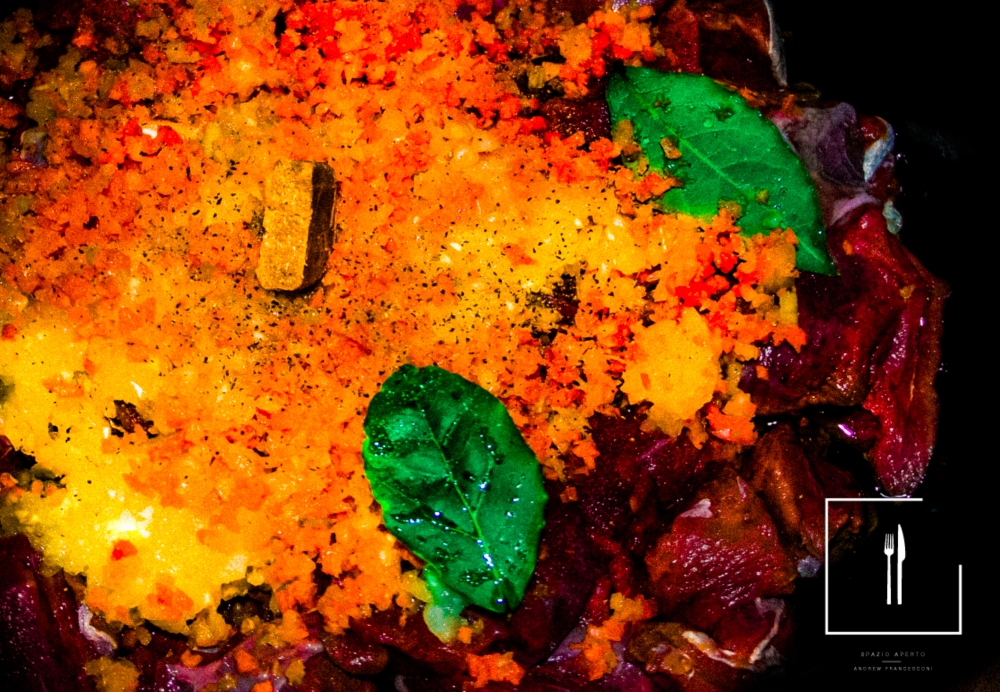 Nonna’s recipe called for: two carrots, one celery stalk, one onion, two cloves of garlic, all in the mini chopper. With the vegetables prepped, throw all the ingredients into your pot, with three tablespoons of oil. Once browned, add half a cup of pureed tomatoes and half a cup of white wine. When all is simmering, add two bay leaves and two sprigs of rosemary. (Make sure to tie the rosemary into a bundle so that you don’t lose leaves.) Reduce the simmer, leaving it with the lid on for an hour, or until the meat is tender with a fork. Serve with a side of polenta and a slice of friulano cheese. If you don’t have moose available, deer or beef can be substituted. 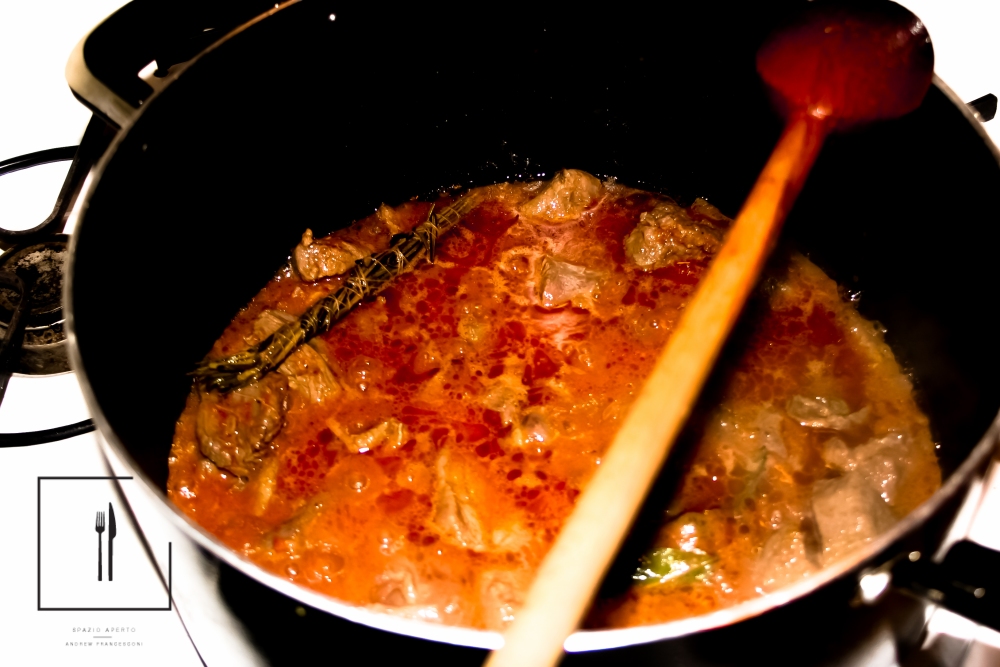 I chose this dish because, for all intents and purposes, I was raised on it. When making this dish, you should make a point of embracing your inner Nonna and have a glass of wine at the same time.